A new exhibition, developed in collaboration with MAZ, Guadalajara with a selection of artworks from TBA21’s collection of contemporary art, traces a growing interest in place-specific narratives, dealing symbolically with the gaps and slippages between topos and atopos, space and non-space, the global and the specific practices of cultural in-betweens and hybridization. TBA21 is an institution of contemporary art, based in Vienna Austria and founded in 2002 by Francesca von Habsburg, dedicated to the production, commissioning and dissemination of contemporary art from around the world. A selection of the collection, with a strong focus on artists from Latin America, is presented for the first time in the Americas. Atopia, a word mainly used in medicine and philosophy, literally means placelessness, out of place, unclassifiable and of high originality.

It is, in its traditional use, at the same time, a category of otherness, difference, expulsion and exclusion, as it is a reference to the ineffable, the pristine, and the absolute. It is in this double connotation, in which the term becomes a productive figure for thinking in addressing the various ways in which artists have dealt with ideas of place, geography, migration, heritage, translation, the crossing of national, social and cultural borders. The atopic is here but not here, it is a position which denies location, perhaps an attitude that relates to an “original” cultural or social experience but at the same time diffuses it or remains at distance. Thus the exhibition focuses on the practices and representations of the ways in which artists have accessed, rehearsed, participated in and negotiated concepts of “place” or “place of origin,” their past, heritage, and cultural ambiguities, with all the dilemmas such notions provoke. Origin / locality is not a neutral point of reference. What seems to be just a geographic denotation, comes with an apparatus of definitions and is grounded in systems of authority.

Geography and place- bound symbolisms incorporate a (very rigid) signifying system through which individuals and collectives register and express their identities. As “writing about the earth,” the science of geography has traditionally bridged human and physical science to map out places of presence and embodiment. Gradually the geographic denotation of space has shifted in favor of a more fluid and multi-layered meaning, invested with personal and intimate affects and complicated by subjectivities and their interaction. Place-specific and locational narratives have thus become important figures of the artistic expressions of the past decade, but also projective sites of stereotyping and (post-colonial or ethnicizing) simplifications. Artistic exploration of geographies through mappings, landscapes, descriptions of sites, places, collection of cultural objects, historical inscriptions and personal research, as well as the shifting political implications in language, writing and formal representation are at the nexus of the current exploration.

The exhibition looks at the countersides of the processes of aggregation and homogenization and addresses the ways in which a collection of 21st century art is constructed around the various experiences of difference, in which individuals and collectives participate in different cultural processes and realities. It therefore pivots around the specific systems and methods of exchange, translation, and its embedded critiques. A wide ranging production of visual and spatial works catalyze the reexamination of the agency of the artist in the production of such locational inquiries. It also implies strategies for re-claiming certain histories and place-specificities by way of reasserting territorial representations. The way “localism” is understood in this particular context is not as a reaffirmation of common simplifications but is instead based on productive inquiries and internalization of paradoxes and transitions, which evade categorizations or nostalgic impulses. It also shows how shifting political and economic realities have created new tales of places, and how their histories have sparked the impulse to document the rapid processes of transformation set into motion by new “continental shifts”.

Rivane Neuenschwander’s celebrated installation “I wish your wish” (Eu desejo o seu desejo) plays with the idea of transportability and exchangeability of cultural symbols. The Brazilian wish bands, used as a tradition of travellers to São Salvador’s church, Nosso Senhor do Bonfim in Bahia, have become a symbol of youth culture worldwide. In Neuenschwander’s work, wishes are exchanged between museum visitors as the piece travels the world from place to place. The transmission and recodification of cultural and historic iconographies are being negotiated by multiple artists from various backgrounds, such as Brad Kahlhammer, in a revision of American Indian totems and katsina dolls meets rock music and Bowery culture, and by Jonathas de Andrade, Do Ho Suh and Abraham Cruzvillegas. De Andrade’s O Levante / The Uprising documents the first horse-drawn cart race in the Brazilian city of Recife, which he organized and masterminded. As a protest against the sanitization of his home town and as a reference to the new forms of urbanization which one encounters throughout the Americas today, the subversive cavalcade is memorializing those existences (namely the carts and their drivers) that have had a long historic function in the city’s transport system are to day considered forbidden ghosts.

Alexander Rodriguez takes up the story of an educational facility in the city of Cali, Columbia with his project “Las Americas”, a project which failed its ambitions and was implicated in financial crisis. A similar story of – this time military – disruption is narrated very graphically in the work of Taysir Batniji. The images of destroyed residencies in Palestine are deliberately presented in the form of ordinary real-estate advertisements: each snapshot with a mundane and insignificant comment describing the house (surface, number of rooms, number of possible residents, etc.) Korean artist Do Ho Suh’s Staircase-V is a scale replica of the staircase leading to the artist’s first apartment when moving to New York. Rendered in diaphanous red polyester, the staircase becomes a liminal memory space, between here and there. Similarly, Frio Estudio del Desastre by Los Carpinteros renders a frozen space, the memory of a moment, immobilized in a violent action. Carl Michael von Hausswolff and Thomas Nordanstad Golden Days (Remedios, Colombia, 2012) is a new filmic work by the duo, commissioned by TBA21, which focuses on the area around Remedios, a town in the Antioquia department of Colombia, where gold mining has been the prevalent industry and the main source of income for centuries. In this work the spatial exploration activates a conceptual and physical form of stratification in an alchemistic term “as above, so below.”

The film is, at the same time, also an ancestral search for a distant relative who has come to Colombia for mining. Processes of sedimentation are at work in Petrified Petrol Pump by Allora & Calzadilla in which an abandoned gasoline pump appears to have turned into stone. Made from fossil-filled limestone, the indexes of ancient life forms that are visible throughout the sculptural body attest to the organic plentitude of the earth’s pre-history, the very life forms whose long process of anaerobic decomposition provides the material used today to generate energy. Allan Sekula’s seminal work Fish Story thematizes the history and tradition of maritime space as the imaginary and actual geography of advanced capitalism. A key narrative is the connection between containerized cargo movement and the internationalization of the world industrial economy. During his research, the artist traced and questioned a number of contemporary and historic transportation and shipment routes (for example, the Middle Passage of slave trade). 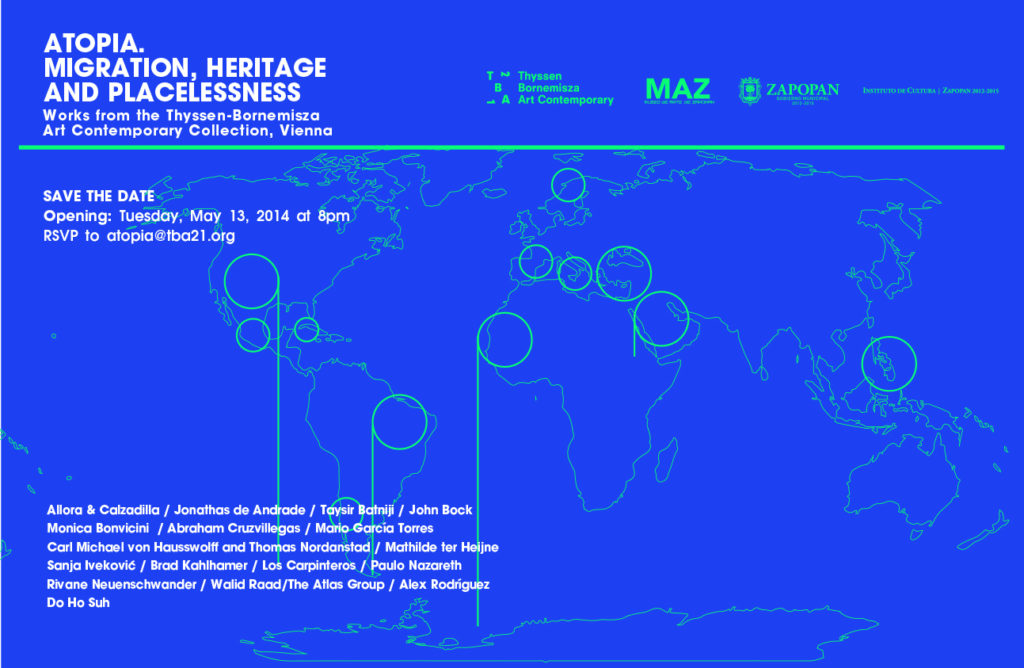