One of the principal axes of the work of Taka Fernández has been the exploration of landscape: not only as a formal representation of space or a simple quest for a given contextual framework, but rather landscape viewed as a receptacle of passing time, of activities both human and ecological, as an active protagonist of history.

In 2013 Fernández presented the exhibition Capítulo 20, el enjambre y el eco nebuloso (Chapter 20: The Swarm and the Nebulous Echo), in which, alongside a series of large-format paintings of mangrove swamps, he included a sculptural artifact: a wooden tower mounted on a platform of plastic panels. Built as a prototype, it was conceived to serve as a place of observation and contemplation, as well as mobile drawing and painting workshop, which would function as both witness to and catalyst of the social and ecological processes of the areas it visited.

The prototype of the station was very heavy, so in 2015, the Floating Station of Active Contemplation (F.S.A.C.) was redesigned so that it would float on water. On two occasions it was taken to the mangrove swamps of the Manialtepec lagoon in Oaxaca. On the first occasion it remained there for fifteen days and on the second for a month and a half. On a third occasion in the same year the station was installed on the Allende reservoir near San Miguel de Allende for a week.

The function of the station is drawn from the Taoist concept of contemplation as formulated in the I Ching, where it is imaged as a tower articulated as an observatory. The function of the device can be viewed from two perspectives: on the one hand, as a platform that offers a broad view of its surroundings; on the other, as something that can be observed from its surroundings.

A sculpture that consists of a recurring symbol in the artist’s work has emerged as an appendix to the F.S.A.C. Based the process of expansion and contraction of the universe, this sculpture embodies the pairs of dual forces that complement each other: receptor/emitter, time/space. The olin, represented by the butterfly in the Nahua iconography, is the symbol of the movement of these forces. 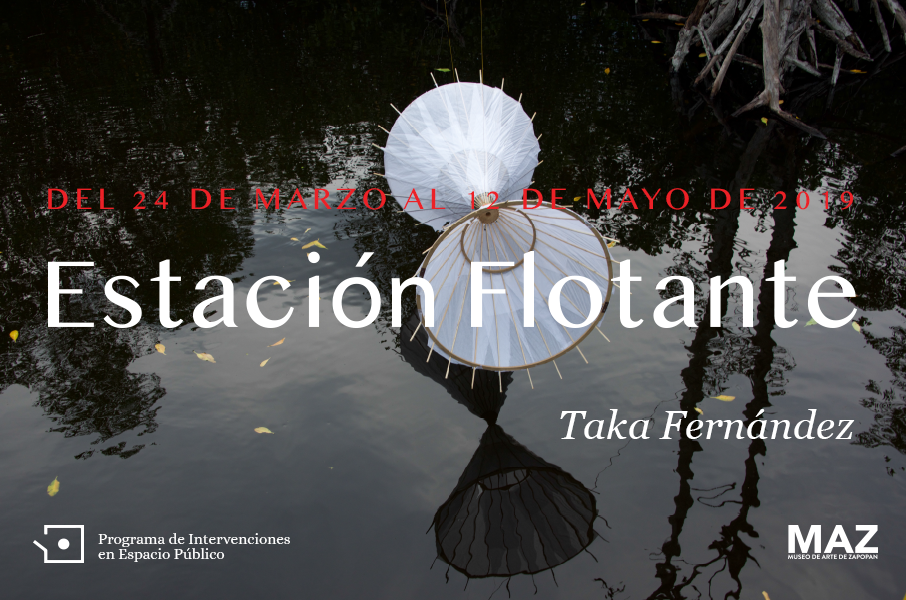