Once known as la villa maicera (‘the maize-growing villa’), Zapopan is one of the municipalities that produces the most maize in all of Mexico. For the artists invited to EA5, Zapopan functions as a catalyst for a project that explores humanity’s relationship with maize.

Given the controversies associated with this foodstuff (the global increase in production, the irregular application of biotechnologies, the corporate control of the Mexican countryside), society in general is on high alert. Zea Mays, a project by Gabriel Rico and Luis Alfonso Villalobos, celebrates collective memory as a means of protecting and preserving cultural heritage.

Starting from an analysis of twentieth-century maize production,1 the artists have constructed an installation in which statistics are displayed on a hanging made of sheets of compostable bioplastic, produced from maize-derived enzymes. The information is laid out and interpreted on this transparent, resistant material on a scale of millions of tons to centimeters. The graph is accompanied by ten goffered images that configure an iconography of facts related to the economic history of maize.

In another part of the exhibition there are two display windows containing a sampling of ears of maize in juxtaposition with recipients of different kinds of corn ethanol, and other derivatives articulating a link between nature and technology.

As part of their work in process, Gabriel Rico and Luis Alfonso Villalobos have intervened in the terrace across from the project room to set up a temporary maize plot. The space constitutes a sound installation, where visitors hear a frequency that, according to the research of Rich Marini and Dorothy Retallack, speeds ups the process of mitosis, the generation of protoplasm, and the growth of ethylene in the plants.

The stairs leading to the maize plot are labeled with concepts related to foodstuffs and their social repercussions. This glossary will be engraved on paper made from corn stalks. Thus, in a sustainable cycle, the artists cultivate their own support.

The scientific name of the plant we know as maize or Indian corn is Zea mays, from the Greek word zeiá (‘cereal’) and the Taino word mahís. It was Carl Linnaeus, the Swedish botanist and traveler, who gave the plant its scientific name. Some sixty different varieties are now known, distinguished by the shape, size, and color of the grains.

Maize is thought to have been domesticated originally in Mesoamerica, specifically in central Mexico, some 7,000 years ago. It is likely that the wild grass called teosinte (‘corn of the god,’ in Nahuatl) was the ancestor of our modern maize.

Maize is called tlayol or tlayolli in the Nahuatl language. A constant in the history of Mexico, it was the basic staple food of the Mexican people until the middle of the past century. The plant has not only represented sustenance for millions of Mexicans, but has also been a central element in the cosmogonies of Mexico’s indigenous peoples. The characteristics and life cycle of the plant have determined their relationship to the earth and their special way of conceiving the passage of time. The traditional milpa system of small landholdings continues to prevail in the Mexican countryside, in contrast to the rigorous methods and rhythms of industrialized agricultural production and free market forces.

In New Spain, maize in one form or another was consumed at every meal by the greater part of the population. In 1803, according to Humboldt, Indians, mestizos, mulattos, and castas made up more than half of the total population of Mexico City: around 69,500 inhabitants, as compared to approximately 67,500 creoles and Spaniards. These almost 70,000 mouths depended on maize prepared in different ways –in tortillas, atole, or tamales, toasted or boiled, powdered to make pinole, etc.–, although attempts were made to inculcate a European diet.

The endeavor to wean the Indians away from corn continued in independent Mexico. The intellectual discourse of the Porfirian age drew on various theories to explain Mexico’s backwardness and the obstacles to European models of “civility and modernity.” In 1899 Francisco Bulnes attributed the country’s backwardness to a combination of indigenous weakness and Iberian conservatism. He explained the weakness of indigenous Mexicans by dividing humanity into three branches: people of maize, people of wheat, and people of rice. Bulnes arrived at the conclusion that “the race of wheat is the only truly progressive one,” whereas “maize has been the eternal pacifier of the American indigenous races and the foundation of their refusal to become civilized.” There were some, like Manuel Gamio, who denounced Bulnes as a racist, though Gamio himself made efforts from his position at the Instituto Nacional Indigenista to replace maize with soya.

Nutritional explanations of economic underdevelopment were preferred by the Mexican elites to the formulations of “social scientists” in Europe and the United States, who pointed to a supposed biological inferiority to explain the unproductive nature of indigenous Mexicans. Those recently emigrated from the countryside tended to find it very difficult to adapt to the demands of industry, accustomed as they were to the individual rhythms of rural life. The elites acknowledged that they were a large and permanent part of the population and sought ways to “redeem” them through intermarriage with people of European descent and so incorporate them into national life. (It was not necessary to be European, just to act, eat, and live like a European.) Vicente Riva Palacio went so far as to suggest that Indians, with their scant facial hair and lack of wisdom teeth, had reached a stage of development superior to that of Europeans. Another solution proposed to the problem of Mexico’s indigenous people was universal education: in the 1880s, Justo Sierra led a campaign to make primary education obligatory for all Mexican children.

Decades of revolutionary struggle contributed to the growth of national unity. The revolutionary governments replaced exclusion with inclusive indigenista policies, exalting the Indians as important members of the nation. With patriotic fervor, massive rural education programs were implemented, in the hope of finally integrating the country’s indigenous people as a component of Mexican identity.

When researchers finally analyzed the Mexican diet in the 1940s, they discovered that corn and wheat where practically interchangeable, and that rural malnutrition was not a result of the inferiority of the tortilla but rather of poverty and scarcity of land, which made ensuring a balanced diet impossible. 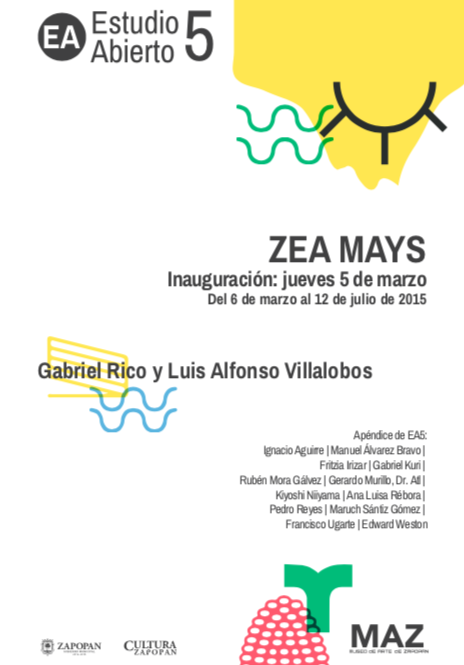