In Ayuujk, a Mixe language spoken in Ayutla, Oaxaca, the verb “write” is pronounced in the same way as the noun “person.” This exhibition, the title of which can be translated as “person writes,” explores three moments of the long written tradition of the Mixe-Zoquean family of languages. The first section, Ääta, shows Stele 1 at La Mojarra, with inscriptions in the ancient Epi-Olmec script that dates back to the second century. The second part, Peky, shows the Latin alphabet employed for texts composed in the early eighteenth century by Fray Agustín de Quintana, a Dominican friar, to be used in the evangelization of the indigenous population. The third section, Tsyäm, shows the alphabet developed in common by Ayuujk-speaking communities over the last forty years and currently used to represent their language. The exhibition seeks to show that there is a long written tradition in the Mesoamerican languages, which can take its place alongside the writing of other world languages, in spite of the prejudices that tend to deny it its rightful place. We hope that, in the difficult circumstances currently affecting the linguistic rights of indigenous peoples, both the oral culture and the rich written tradition of the Mixe-Zoquean languages may continue to form part of the ancient tradition in which we as human persons have expressed ourselves in writing: jäꞋ äy jaꞋ äy.

The task of typesetting and printing carried out in collaboration with Colmix for JäꞋ äy jaꞋ äy attempts at a minimum to open up new horizons among the fast-paced modes of production of the graphic arts and publishing sectors. The pieces submitted by Colmix have been typeset in a Ayuujk font designed by Manuel López Rocha specifically to meet the needs of representing a Mixe language, with special ligatures for the palatalized consonants and a new typographic sign to represent the glottal occlusion. In the case of the Epi-Olmec glyphs, each one has been redrawn, in order to obtain the sharpest and clearest possible result at the printing stage. Most of the pieces have been produced by means of polymer photogravure, with Linotype fonts. The actual printing was done on old presses that have been generally replaced today by more efficient machinery that makes the process both faster and less expensive. These “slowed-down” presses give us time, therefore, to ask ourselves: why are we printing and for whom? 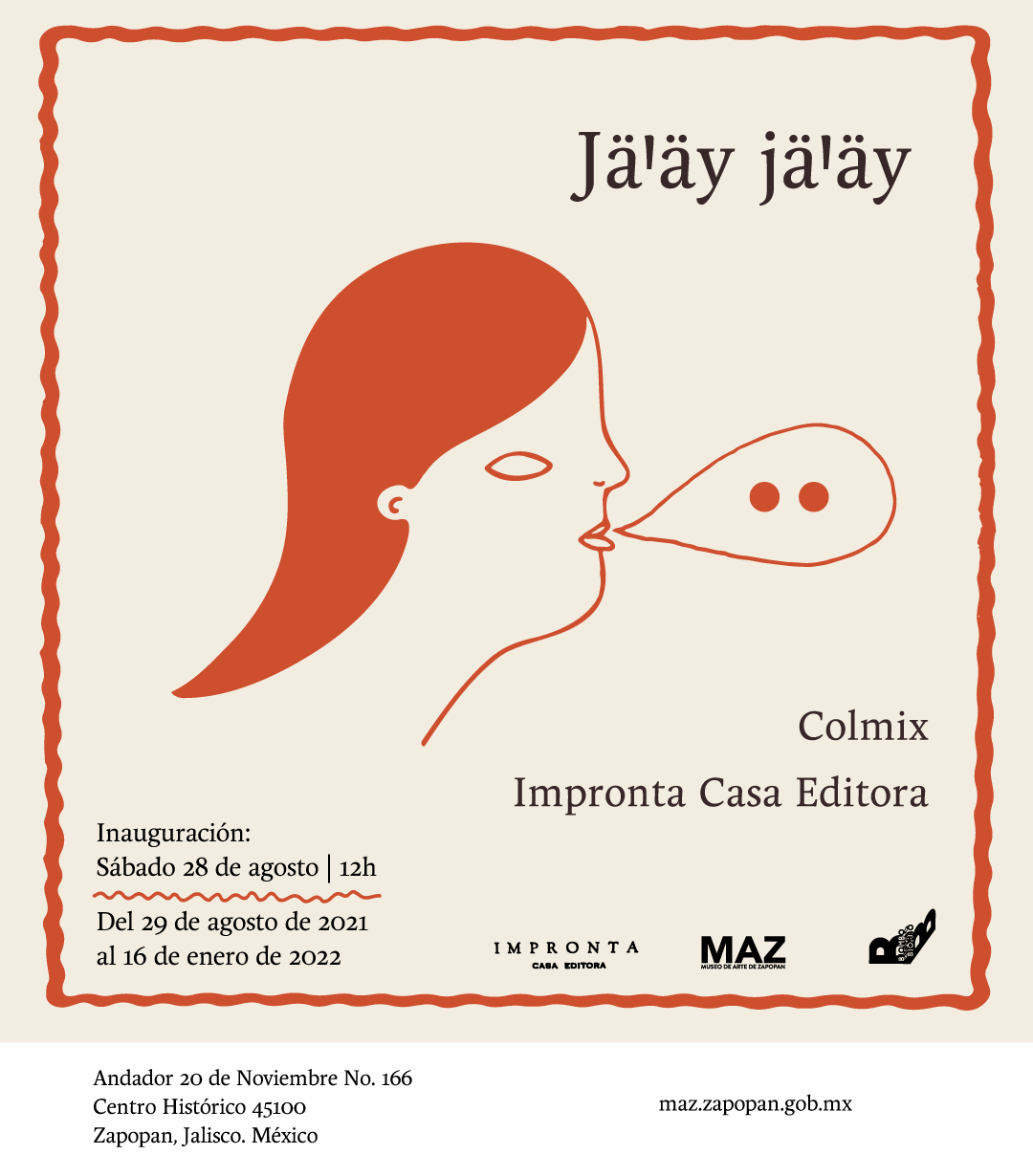